Intramuscular myxoma is a rare, benign neoplasm of mesenchymal origin, affecting the musculoskeletal system. It usually develops after trauma. Herein, we report a rare case of an intramuscular myxoma which was located in the musculus gluteus maximus due to continuous intramuscular injections to the same buttock every 21 days for seven years. A 61-year-old male patient presented with progressive buttock pain with a two-year onset which worsened in the last three months. On magnetic resonance imaging, a well-circumscribed, septated, cystic mass was detected. The lesion was removed completely. Pathological examination revealed the diagnosis of intramuscular myxoma. After the excision, the patient was relieved of pain, and there was no recurrence at one-year postoperatively. In conclusion, continuous intramuscular injections may lead to development of intramuscular myxoma, similar to trauma etiology. Marginal resection of the mass can be curative in selected cases.

Intramuscular myxoma is a rare, benign neoplasm of mesenchymal origin, affecting the musculoskeletal system. The incidence rate of intramuscular myxoma varies from 0.1 to 0.3 cases per 100,000 individuals.[1] The age at presentation is 40 to 70 years. About 66% of the cases are female.[2] The most frequent locations of intramuscular myxoma are the muscles of the thigh, buttock, shoulder, lower leg, and upper arm.[3] Imaging techniques are helpful; however, the correct diagnosis can be made only on histological examination.[4] Surgical excision is curative and recurrence is rare. Herein, we present a rare case of intramuscular myxoma occurring after continuous intramuscular injections to the same region.

A 61-year-old male patient presented with progressive right buttock pain which started two years ago and increased for the last three months. He had a slowly growing, painful mass of the right buttock for two years. Pain increased while walking and lying on the right side. His medical history revealed intramuscular injections for male hypogonadism every 21 days at the same buttock for seven years before the onset of the mass. He did not have any other medical history. On physical examination, the lesion was found to be 6x4 cm in size, firm, mobile and painful. There was no apparent pathology on the radiographs. Magnetic resonance imaging (MRI) examination was performed for a detailed evaluation of soft tissues. On MRI, a well-circumscribed, septated, 4.5x4-cm mass with cystic components located in the gluteus maximus muscle was identified (Figure 1). Fine-needle aspiration biopsy was performed and histopathological examination revealed the diagnosis of an intramuscular myxoma. The tumor composed of cytologically bland spindled and stellate-shaped cells separated by widely abundant mucoid material. The cells had small hyperchromatic nuclei and scanty cytoplasm did not have mitotic figure. Tumor cells were immunohistochemically positive for vimentin and CD34, but negative for S-100 protein (Figure 2). 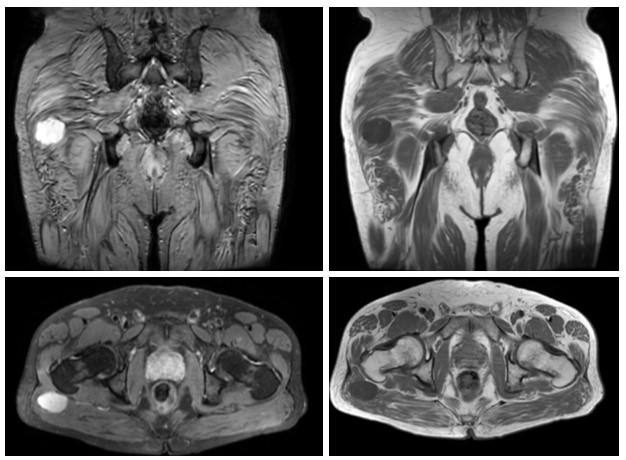 Figure 2. The cells with small hyperchromatic nucleus having no cytological atypia (H-E, x400).
× 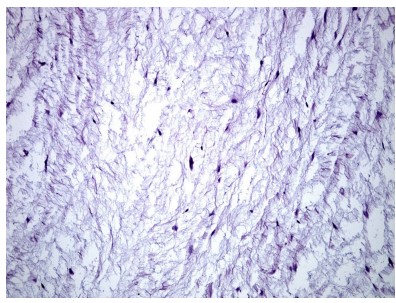 Surgical removal was planned and the mass was completely excised under spinal anesthesia. The tumor appeared to be an encapsulated gelatinous mass, encased within the muscle. It was easily separated from the muscle (Figures 3 and 4). There was no recurrence one year after the operation. 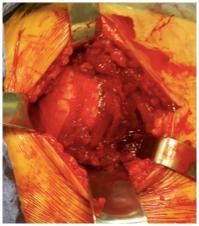 Figure 3. Intraoperative appearance of the lesion.
× 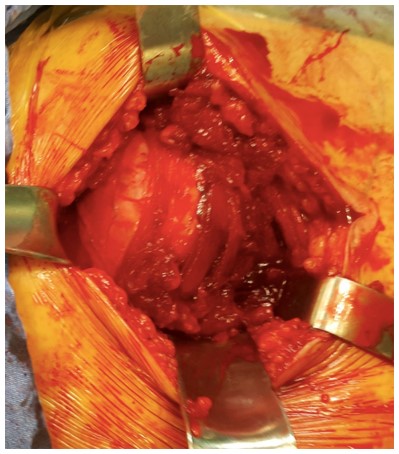 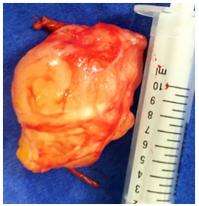 Figure 4. The lesion after local excision.
× 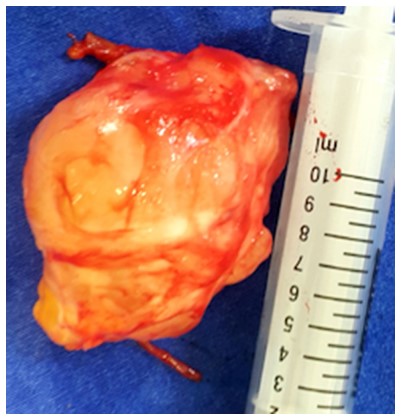 The patient was informed that data from the case would be submitted for publication and gave their consent.

In 1863, Virchow[5] used the term myxoma to describe a lesion that histologically resembled the umbilical cord. In 1948, Stout[3] studied 142 cases and outlined the diagnostic criteria, and defined myxoma. Most of those cases were in the heart and only 3% of the tumors were found to be intramuscular. In 1965, Enzinger[6] reported that intramuscular myxoma cases were approximately 17% of the myxomas. He reported intramuscular myxoma as a distinct subtype of myxomas. Intramuscular myxoma is a slow-growing tumor and usually presents as a painless mass that may exhibit symptoms due to the compression of surrounding structures. Intramuscular myxomas are firm, painless, palpable, mobile, slowly growing mass, and sometimes fluctuant. Symptoms are due to the compression of surrounding structures. Patients usually complain of a round-shaped, painless, slowly growing mass that exists from a few months to several years. There is often a trauma history in the past.

In case of intramuscular myxomas, the Mazabraud syndrome should be considered. It is a rare disorder characterized by the association of fibrous dysplasia and one or multiple intramuscular myxomas.[7] Clinical diagnosis is difficult without biopsy or tumor excision and microscopic examination. Radiographs are usually normal. The MRI is the ideal imaging method for preoperative identification of intramuscular myxoma detected as a well-defined ovoid mass exhibiting low T1-weighted and increased T2-weighted signal. Contrast-enhanced MRI studies demonstrate heterogeneous internal enhancement and/or peripheral enhancement with occasional fine internal septa. The MRI may also show surrounding fat rim or cap and surrounding muscle edema.[8]

Macroscopically, the tumor usually has an oval shape and shows a well-circumscribed appearance; however, the fibrous capsule is usually incomplete and infiltrates the adjacent musculature. When the cut open the tumor has usually a glistering gray-white appearance and contains a gelatinous material and cyst filled with fluid inside the mass. Histologically, intramuscular myxoma is characterized as a hypocellular tumor composed of spindle-shaped and stellate cells embedded in an abundant myxoid stroma. Some myxomas may show focal areas of hypercellularity. Vascular structures are sparse or absent. There is no nuclear atypia, necrosis, and prominent mitotic figures in intramuscular myxoma. In immunohistochemical studies, intramuscular myxoma cells stain positively for vimentin and show variable staining for CD34 and actin; immunostain for S-100 protein is typically negative. The tumor is to be differentiated from sarcomas, metastasis, and other benign intramuscular tumors such as lipoma, hemangioma, hematoma, desmoid tumor.[9] Due to the recent discovery of G protein Gs alpha (GNAS1) mutations, specificity has increased in intramuscular myxomas. These mutations have been identified in intramuscular myxoma with and without fibrous dysplasia. Willems et al.[10] reported that GNAS1 mutation analysis can be helpful to distinguish intramuscular myxoma from low-grade myxofibrosarcoma in selected cases.